The Problem of Anger 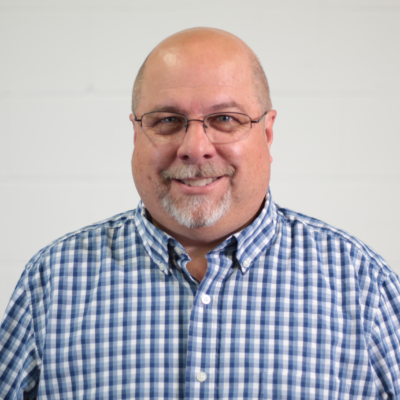 This week in our continuing study of 1 Samuel, we will see David fall into one of mankind’s most deadly traps–anger. In fact, we see the deadly nature of anger almost immediately after the fall when Cain’s anger toward his brother Abel causes Cain to kill his brother (Genesis 4). Like Cain, David’s anger in 1 Samuel 25 causes him to take 400 men and set out to kill the man who caused David’s anger to flash, a wealthy farmer named Nabal. Fortunately for David, Nabal’s godly and wise wife interceded on behalf of Nabal and gave David the opportunity to cool down, and he did.
As we know from the Bible, there are two kinds of anger: sinless anger and anger that causes us to sin. The Apostle Paul notes in Ephesians 4:26 that we can be angry yet not sin. But that’s the trick, isn’t it? After all, In Galatians 5:19, Paul identifies anger as a work of the flesh. Perhaps the simplest line of demarcation between sinful anger and righteous anger is the root cause. Sinful anger is always rooted in self-serving motives; righteous anger is that which seeks either God’s good or God’s will.
As much as we might like to think that our anger is righteous anger, it’s usually not. Attempting to walk that fine line is equal to trying to light a candle in a room filled with natural gas hoping not to ignite the gas. To complicate matters even more, those of us who try and act from a righteous anger position find ourselves stepping into God’s shoes, which also is sinful. It is not our place to seek vengeance for the Lord; vengeance belongs to the Lord (Romans 12:19). Anger, like the sin of lust/adultery, is a sin of passion. Once ignited, it takes on a life of its own. It quickly leads us to sin. Proverbs 6 is describing the danger of adultery, but I believe the same reasoning applies to anger when Solomon asks, “Can a man carry fire next to his chest and his clothes not be burned?” (Proverbs 6:27).
How Can We Learn to Control Anger?
Anger is not something you can hope to rid yourself of and be free from for the remainder of your life. As we see in this week’s text and the example of David, anger ignites in the most godly people. So, while we can’t rid ourselves of anger, we can learn to control anger and not let it become a sinful, destructive pattern in our life.

Recognize the spark that ignites anger. As we observed above, the spark that leads to anger is almost always rooted in a strong sense of injustice, and the focus is always on either ourselves or those we love. We have a strong inner sense of what is right and wrong for us, and when someone crosses that line, it sparks anger within us. Learn to spot the small spark landing in your heart and quickly extinguish it. Don’t let it simmer until it becomes an uncontrollable flame.

Watch for the physical signs of anger. You may not think you have them, but if you ask your family or those close to you, they can tell without question when you are getting angry. The signs may be subtle (e.g. your face or ears get red), or they may be obvious (e.g. you start to pace or your voice gets louder). Whatever are your signs of anger, learn to detect them and observe the warning.

Learn to trust those who love you and know your patterns. Just as Abigail rushed to derail David’s anger in this week’s text, learn to trust those around you who attempt to derail your anger before you sin. Understand, however, that depending on your past history, this may take a lot of time. If you have vented your anger at your family and others close to you over the course of many years, they have likely learned to retreat from your presence rather than walk toward you when you are angry. Few things can sow more mistrust and relationship destruction than anger. Solomon warned, “Make no friendship with a man given to anger” (Proverbs 22:24). If you have subjected those in your family and circle of influence to the heat of your anger, you will need to walk in humble repentance for a long time as you re-earn their trust.

Guard your physical and emotional health. As we noted above, anger is an emotion of passion, and we tend to be most vulnerable when we are physically and emotionally depleted. In our text this week, David and his men have been out on patrol, protecting the flocks of Nabal while running for their lives from Saul. They were tired and hungry. When Nabal refused to give his men food David felt they had earned, his anger sparked and he was off to the races to kill Nabal. We are no different. We are most vulnerable to sinful anger when we are tired, hungry, or lonely. In fact, a key tool used in 12-step programs is summarized by the acronym H.A.L.T., which stands for Hungry, Angry, Lonely, or Tired. Those are triggers that make us vulnerable to sin. It’s important be extra cautious with our emotions when we know we are vulnerable, because it’s at moments like this when anger can go from 0 to 100 in seconds.

Bible Verses Concerning Anger
As you wrestle with the problem of anger, here are some helpful bible verses to meditate on:

Proverbs 14:29–Whoever is slow to anger has great understanding, but he who has a hasty temper exalts folly.
Proverbs 15:1–A soft answer turns away wrath, but a harsh word stirs up anger.
Proverbs 15:18–A hot-tempered man stirs up strife, but he who is slow to anger quiets contention.
Proverbs 16:32–Whoever is slow to anger is better than the mighty, and he who rules his spirit than he who takes a city.
Proverbs 19:11–Good sense makes one slow to anger, and it is his glory to overlook an offense.
Proverbs 22:24–Make no friendship with a man given to anger, nor go with a wrathful man,
Proverbs 29:22–A man of wrath stirs up strife, and one given to anger causes much transgression.
Ephesians 4:26–Be angry and do not sin; do not let the sun go down on your anger,
James 1:19–20–Know this, my beloved brothers: let every person be quick to hear, slow to speak, slow to anger; for the anger of man does not produce the righteousness of God.

Free Downloadable Bible Study
Do you need help getting control of anger in your life? We are offering a free 44-page Bible study titled “Anger: Facing the Fire Within” by June Hunt. You can pick up a copy of the Bible study at the info wall or download a digital copy at http://myffc.co/2pCISVe.